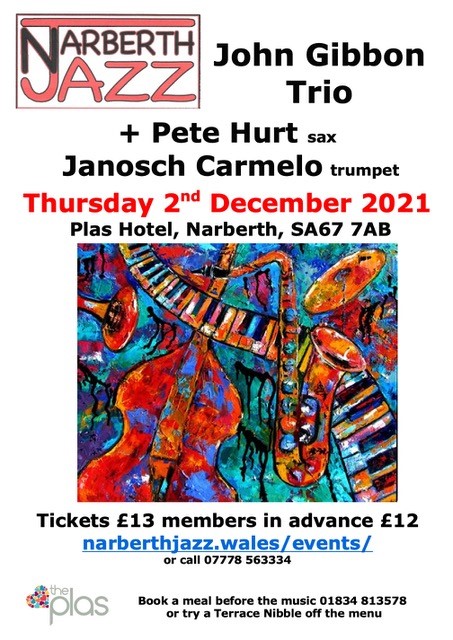 All star quintet tribute to Phil Meades and Willie Garnett

The sad news is that Willie Garnett had died in hospital on the 15 October 2021. This makes the event even more poignant. Please see the tribute on London Jazz News RIP Willie Garnett (1936-2021) – News, reviews, features and comment from the London jazz scene and beyond (londonjazznews.com)

Phil Meades was a superlative pianist who died a year ago. He came with John Gibbon to play for us here many times, and each of his solo’s was a window into his gentle creative personality which always satisfied his audience. Willie Garnett also came to play in Narberth with the trio and is now ill in hospital. John has arranged a small tour to honour them with an all star quintet featuring Pete Hurt on saxes and Polish trumpeter Janosch Carmelo. 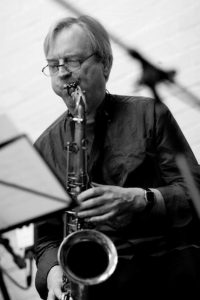 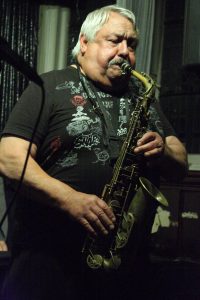 Pete Hurt has quietly been part of the London jazz scene for almost four decades and has developed one of the most uniquely distinguishable sounds and styles. Apart from his great saxophone playing he has also been recognised for his compositional and arranging skills.

He has recorded with the first Andy Sheppard big band and went on to become a member of Andy’s Big Commotion. In 1990 he joined the Carla Bley Very Big Band, which toured extensively throughout Britain and Europe and recorded two albums. Around the same time Pete played with the British big band Loose Tubes, and has performed with Kenny Wheeler, Mike Westbrook, Don Rendell, John Taylor, Mick Pyne, Bryan Spring, The Prague Television Orchestra, Abdullah Ibrahim, Stan Sulzmann and is currently a member of Henry Lowther’s quintet, “Still Waters”. Pete also played in the hit West End musical “Blues In The Night” and wrote most of the arrangements for another hit show, “Five Guys Named Moe”

Jansch Carmelo has had a long career in British jazz as a sideman and studio musician. Both the front line players have a similar approach to mainstream melodic music, but this will be the first time they have played together as a quintet with John Gibbon drums, Olly Blanchflower bass, and Jim Barber on piano. 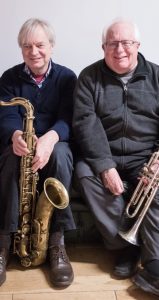