Music director and pianist Keith Marshall is responsible for almost all of the instrumental and  vocal arrangements for the band. He has written arrangements  for a large variety of ensembles and popular groups in both studio and theatre,- including a winner of the BBC Big Band Competition- and  played live gigs for many years on the South of England circuit. Keith has also featured in the hugely popular Sunday evening concerts at the Adeline Genée Theatre in Sussex leading the full  Keith Marshall Orchestra/Big Band backing a host of different guest stars.

Some of Wales’ most in-demand and versatile ‘semi-pro’ musicians make up the band which last year were booked for the main stage at Brecon Jazz Festival, but weren’t able to make their debut because of the pandemic. Scott Pickrell heads up ontrumpet and flugelhornas outstanding leadat the top of the pile. John Rodge, on guitar, is, as always, articulate and impressive. Talented Chris Rose provides the bottom lineonbass guitar.Jazz breaks, improvisation and more when required are provided by Andy Jackson onalto sax and clarinet, stylist Chris Ryan on tenor and  soprano saxes andclarinet,  along with Keith on piano. The mellow sound on trombone is impressive expert Rob Owen.  Percussionist/drummer is David James, one of Wales’ most capable drummers who has played for us many times. 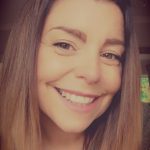 Sarah Benbow is the  vocalist. She is one of the outstanding personalities and voices in Wales and known for her classical career as much as her Jazz singing.

The band’s repertoire is an eclectic mix of instrumental and vocal arrangements of vintage and more  modern music with a significant content of improvised solos which aims to please all tastes.