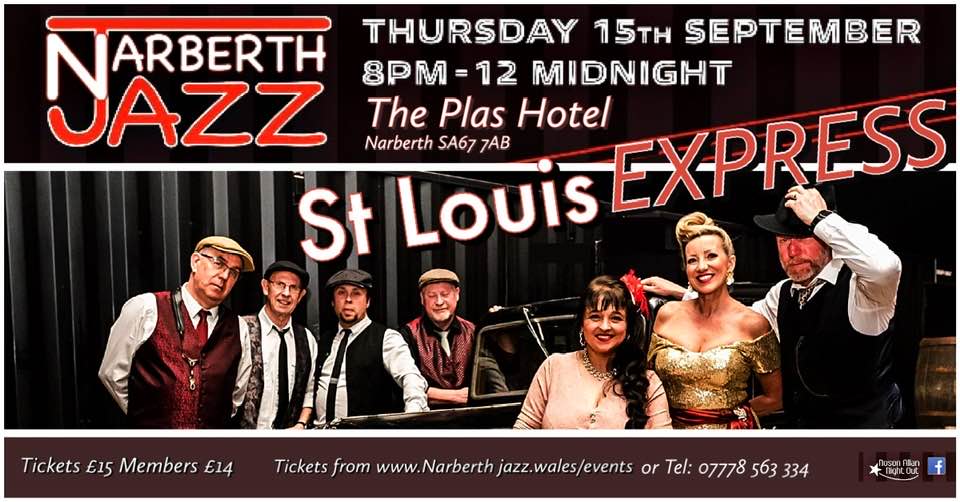 St Louis Express are the 7 piece Swing Band that began back in 2017 after meeting at music events, the enthusiastic, like minded, musicians put together the band. Full of energy, great entertainment and fun, playing sounds from the Golden era of music 1920’s to early 1960’s. 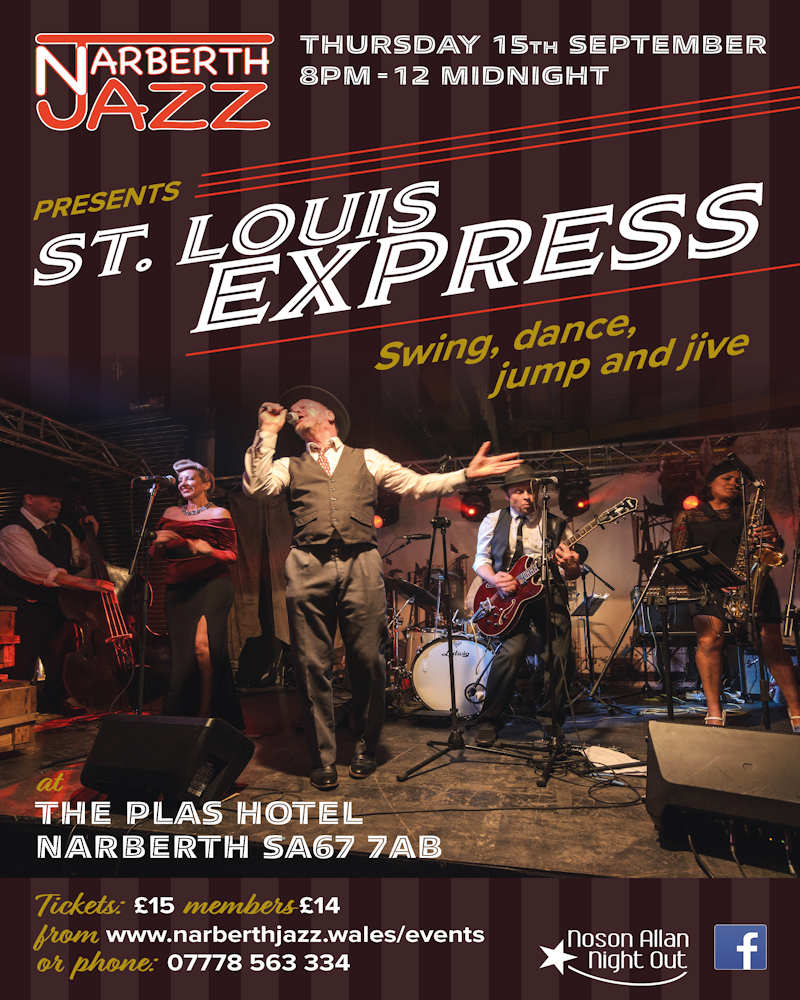 They have developed their sound to suit all ages from playing at various live music venues in Wales. Songs from legends, Ray Charles, Louis Prima, Dean Martin. Louis Jordan. Harry Belafonte and plenty of swing classics. Playing Jazz and Swing standards that most people will recognise. A totally live line up of saxophonist, clarinet, flute player, double bass, drums, guitar, lead and backing vocals, harmonica. Some of the band have performed at the Albert Hall regularly at music festivals including the BBC Proms season. They were the resident band for the Peaky Blinders events at Cardiff Depot & Motion Bristo, playing to sell out nights, attracting over 6,000 people. They regularly perform at Vintage festivals, corporate & special events. The band dress in 1930’s 40’s attire to take audiences back in time to the Swing era. They are known for entertaining audiences with infectious uptempo feel good music. So if your looking for a memorable night of entertainment, something a bit different to your regular pop covers band. Get your tickets for this Narberth Jazz dance night at The Plas Hotel on September 15th. The band have a great following in South Wales and are sure to capture the spirit of the jazz age here.