October 20th we present that brilliant saxophonist accompanied by the John Gibbon Trio. 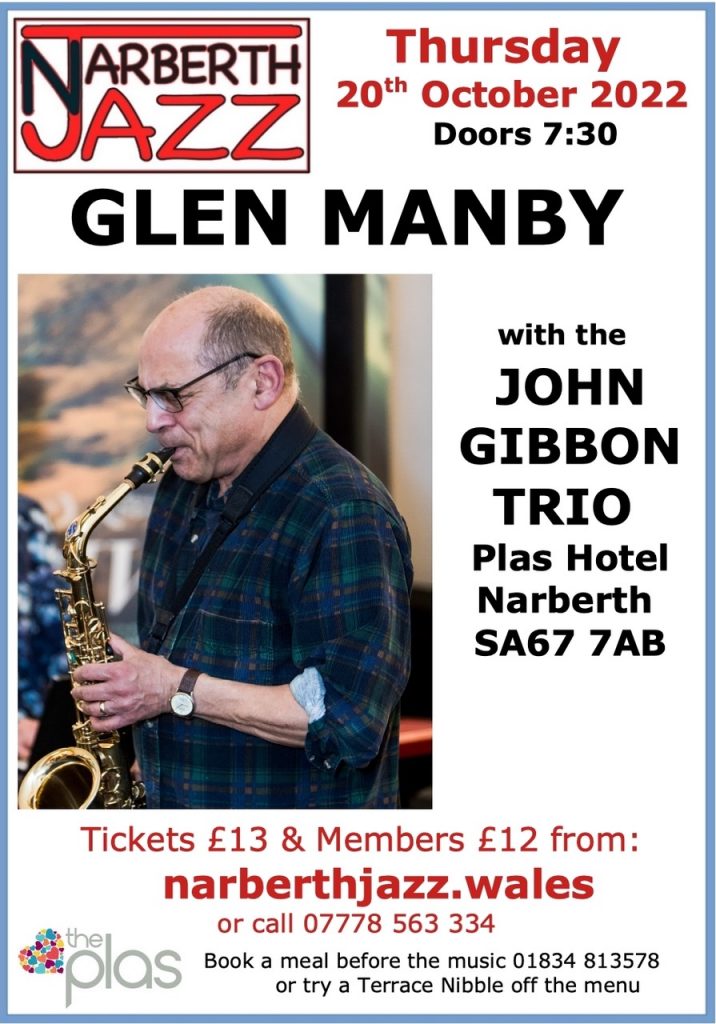 His main influences are Charlie Parker, Sonny Stitt, and Cannonball Adderley. He gained an M.A. in Jazz at the Royal Welsh College of Music and Drama and was granted a scholarship to study at a New York music college

​Glen has had some high profile gigs including the EU European Summit, the Queen’s banquet for the Opening of the Senedd Welsh Parliament, the Opening of the Wales Millennium Centre, and club dates around Britain, as well as gigs in New York, Germany, and Switzerland.

In 2015 he was awarded an Arts Council of Wales Project Grant to compose, arrange and record a new repertoire with his recently-formed quintet, featuring Steve Waterman, Leon Greening, Adam King, and Matt Home. The resulting CD, “Homecoming”, is available on the Mainstem jazz label.

Glen has previously taught saxophone at the Royal Welsh College of Music and Drama, and was a part-time lecturer in music at the University of South Wales for 12 years. He was visiting jazz saxophone tutor at Cardiff University School of Music 2000-2021.

He will be playing for us with the indefatigable John Gibbon trio on Thursday 20th October. Tickets here Glen Manby with John Gibbon Trio | Narberth Jazz