Narberth Jazz is proud to announce that we will feature this great local band with special guest keyboard king, John Paul Gard at the Plas Hotel Narberth. 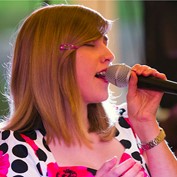 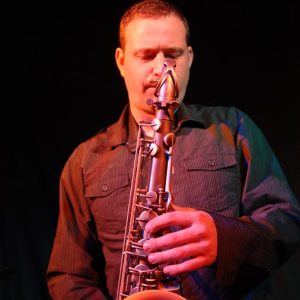 Dom Norcross the saxophonist/ fireman has brought his talented band to our events many times to delight all local music lovers. For our June show he has invited his funky organ master friend and songbird Elaina Hoss to join drummer Nino Consolo and his saxophones to give the audience a first class jazz evening.

Many will recognise Dominic from the colourful swing band, ‘The Numbers Racket’ that has prompted the dancing at many parties. Dominic has been a highly acclaimed and notable jazz saxophonist on the British scene and touring for many years. Digby Fairweather said it was, “like having Zoot Simms on stage playing next to me.”
Dominic’s lyrical style is akin to some of the greats in jazz performance, such as Stan Getz and Gerry Mulligan – but he has also toured with many in the Blues World. Ex Rolling Stone Mick Taylor called him, “the best rock ‘n’ roll sax player in Europe.”
Elaine Hoss is a much-loved jazz vocalist, has performed extensively in concerts and clubs across Wales, the UK and internationally. Highlights include the prestigious Royal Albert Hall, Disneyland Paris, the Millennium Centre, Cardiff, the Brangwyn Hall, Swansea. Elaina has been on tour to Spain, performing at the San Sebastian Jazz Festival, in a line-up including Keith Jarrett and Herbie Hancock.

John-paul Gard started playing Hammond organ at the age of 10 and since then has developed his own distinctive style – heavily influenced by Jimmy Smith, Jimmy McGriff and Joey DeFrancesco. Dom and John-Paul made and album together a few years ago and called it ‘Organic’. Recently John-Paul joined the Jon Dalton Organ Trio based in Venice Beach USA and has released the album “Warm ghosts in a Cold World”

The doors will open at 7.30pm for this event and tickets are available from www.narberthjazz.wales/events  If you would like to eat at the table you can order from the menu when you arrive or book to dine at the hotel by calling the hotel on 01834 869006